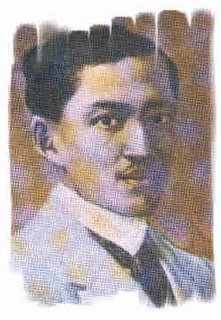 Well Rizalist, the 21st Century has gotten off to a rocky start for the . Almost as bad as I remember it at the end of the 19th ...The Frailocracy survived the 20th Century marvelously I see, because they accepted Democracy's sacred, separate place for them, where the State can make no Law that promotes or prohibits Religion. Though shorn of direct political power, they well understood and embraced the Principle of Religious Freedom. They are as influential as ever through a confessional called the Media and and a pulpit called the Department of Education, which is run by those who fill and serve their Churches and Schools, if no longer so much their Convents. Democracy has not broken its promises to Religion. Indeed Religion has flourished...and Organized Religion even more. So, if you will remember in a certain famous roman a clef due to one of your forefathers, there is this incident in which Don Filippo -- the Vice Mayor of Crisóstomo Ibárra's San Diego -- once asked Pilosopong Tacio a question while they were sagely discussing history and the state of the archipelago:

[Excert from the Noli Me Tangere by Jose Rizal, Chapter 53, entitled "Il Buon Di Si Conosce Da Mattina -- A Fair Day Is Known by the Morn" from the 50th Anniversary Edition of the 1956 English translation by Jorge C. Bocobo, Rizalist Press, 2006. The graphic is my rendition of a famous painting by Juan Luna -- DJB]

“According to you, do the Jesuits keep up with the march of Progress?” Don Filipo asked in wonder; “why are they attacked in ?”

“I shall answer like an old follower of Scholastic philosophy,” answered the philosopher, lying down again and resuming his ironic expression; “in three ways may men go along with Progress: ahead, side by side, or behind; the first guide it, the second allow themselves to be carried, and the last are dragged, and the Jesuits belong to the last. They should certainly like to guide it, but as they see it so strong and with other tendencies, they capitulate, they would rather follow than be crushed or be left behind in the darkness. Now, then, we in the Philippines are at least three centuries behind the chariot of Progress; we have scarcely emerged from the Middle Ages; for this reason, the Jesuits who are backward in Europe, represent progress when they are seen from here. The owes them her nascent education and the natural sciences, the soul of the XIX century, just as our country owes the Dominicans Scholastic philosophy which is already dead despite Leo XIII: no Pope can revive what common sense has sentenced to death and executed (pause). But what was the original question?” he asked, changing his tone. “Ah! we were speaking of the present condition of the . Yes, now we are entering upon the period of struggle, I mean you, the youth; the old generation belongs to the night: we are about to depart. The conflict is between the past which with curses clings and holds on to the tottering feudal castle, and the future, whose triumphal hymn is heard from afar illumined by the splendor of daybreak, bringing with it the Good Tidings from other countries (pause). Who will fall and be buried in the ruins of the structure that is falling down?”

This was written by Jose Rizal 120 years ago in 1886 while he was in Europe. When it was translated into English seventy years later in 1956 by JCB. the two novels, the Noli Me Tangere and the El Filibusterismo were still banned as anathema in the Roman Catholic Church's Index Prohibitorum Librorum which meant eternal damnation awaited any good Catholic who read them. My lolo was brave, like many others before him. Now in the 21st Century, the Catholic Church no longer holds those "literary" opinions about some late 19th Century fiction, so be at peace, reader--

You can neither be excommunicated nor executed for reading Philippine Commentary today!

A number of recent posts are related to what Filippo and Tacio were arguing about...

NOON UPDATE:Bishop Deogracias Yniquez, Chairman of the Catholic Bishops Conference of the Philippines' Permanent Committee on Public Affairs gave it straight to Ricky Carandang and Ms. Pinky Webb of ANC/TV regarding the Pastoral Letter of the CBCP: "The Majority of the Filipino people are actually Silent. Those who have been speaking do not represent the Silent Majority of the people." And with acerbic candor, the Bishop dismissed any attempt by the two anchors to read anything directly against GMA in the Letter's text. Au contraire! Bishop Yniquez is more concerned about coup plotters and destabilizers than voteriggers and wiretappers. It's crystal clear that the Bishops have washed their hands of all this for now. His admonition at the end? PRAY! I guess we should.
Posted By: Deany Bocobo
On Wednesday, February 01, 2006

How did the first sentence, a personal point of view, translate into a political entity, the Silent Majority? Isn't the good Bishop overreaching?

The point is hard to contest for they claim it explains why GMA has not fallen. If the Majority were really against her and have spoken, she should be out by now. But because she isn't, they must be "Silent."

Rizalist, it is a non-sequitor, really, what the bishop said. But while it hard to contest because of the fact that Gloria is still around, it serves as a reality check upon those opposing her.

Silence is ominous. If the bishop is right and the majority of the Pilipinos are keeping silent, then that is MORE SCARY for me. When people talks then you know what they are thinking of; but when they are silent you have no way of knowing what they are suppressing or if anger is seething within them that is about to erupt.

Because then it will take only one big mistake or one wrong word from GMA and SHE WILL BRING DESTRUCTION UPON HERSELF, and the conflagration will demolish all those in cahoots with her. It will not be the people who will bring her down but HERSELP.

But going back to Pilisopo Tasyo, DJB, I am a senior citizen and my "generation belong to the night" but the dawning of a new day in our land rest rest upon the YOUTH. I am putting my bet on them.